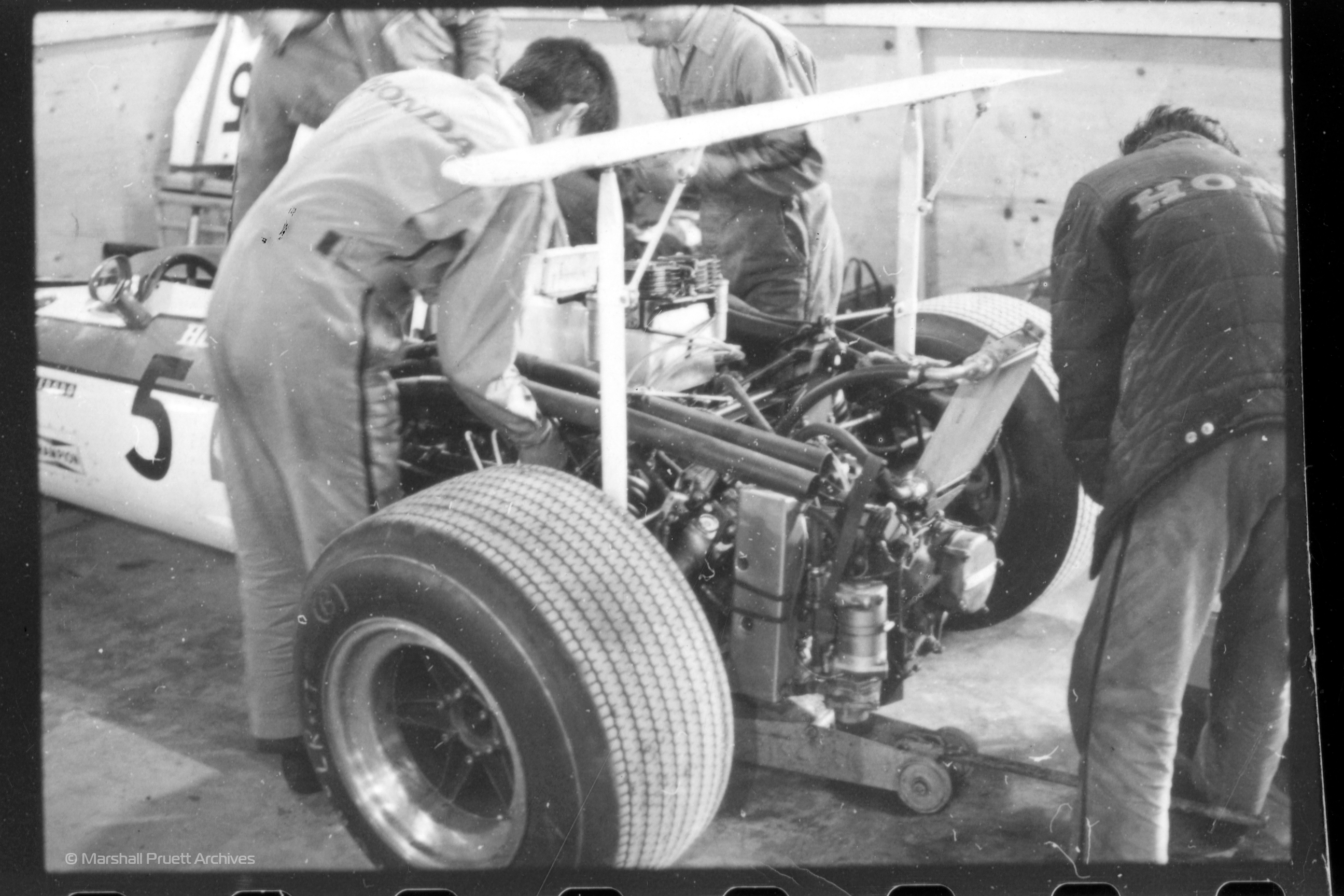 Pure glory. Honda’s 1968 Formula 1 car, the RA301, with its 3.0-liter V12 engine and high wing fit perfectly among its rivals during a year where aerodynamics made its greatest single leap in grand prix competition. Shown here in a new image added to my archives, the No. 5, piloted by the legendary John Surtees, was later joined by the esteemed David Hobbs in the sister No. 15 RA301 at the Italian GP.