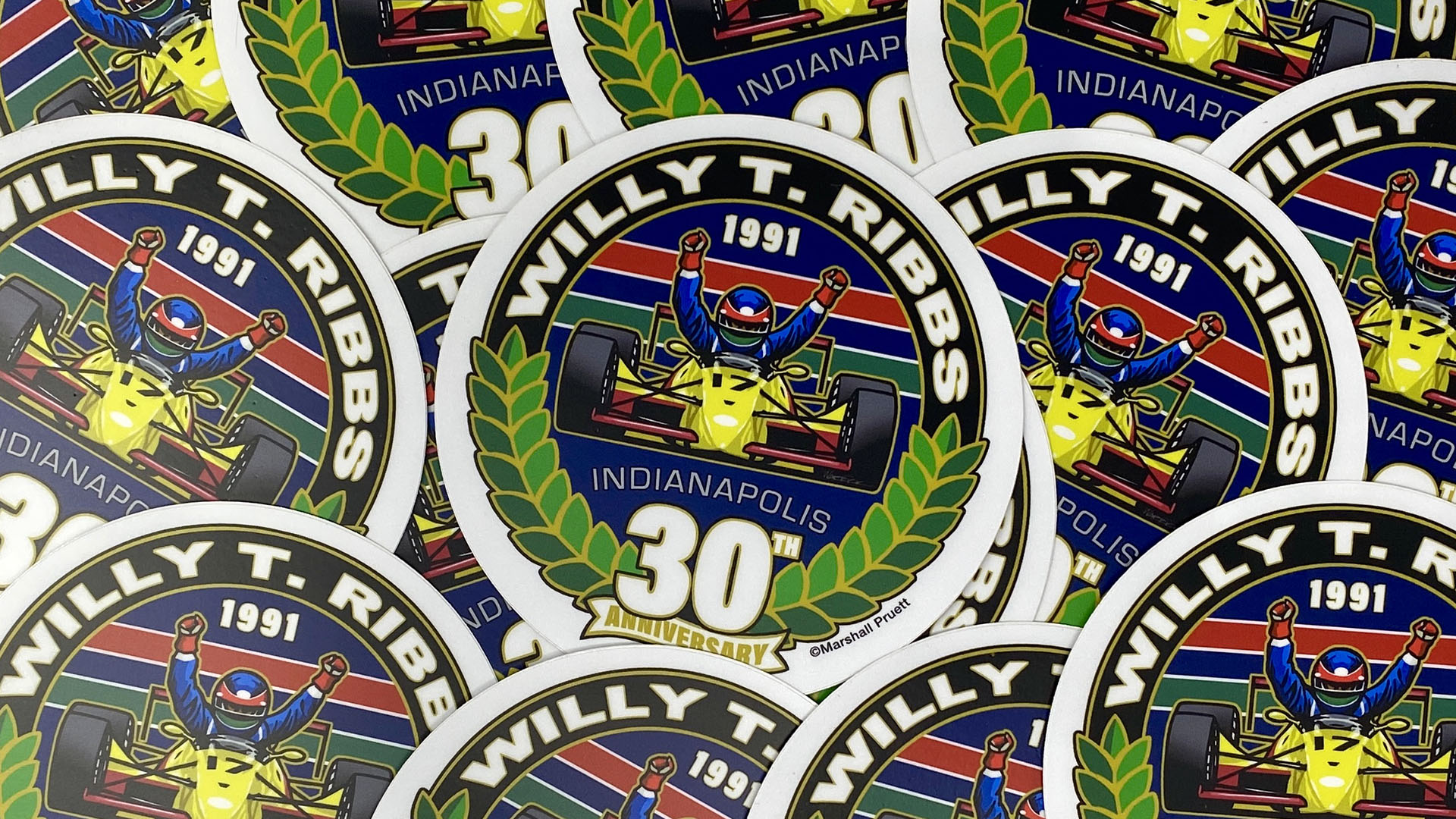 We’re celebrating Willy T. Ribbs on the 30th anniversary of his historic performance at the Indianapolis 500 where he became the first African American driver to qualify for ‘The Greatest Spectacle In Racing.’

The large and durable 4-inch sticker, drawn by Roger Warrick and produced in partnership with Willy T., depicts Ribbs’ famous reaction after earning his spot on the grid for the 1991 Indy 500.

The $7.00 stickers include the cost of shipping within North America via the USPS. If you’re outside the U.S. and Canada, send me an email through the contact page and we can figure out the shipping costs.