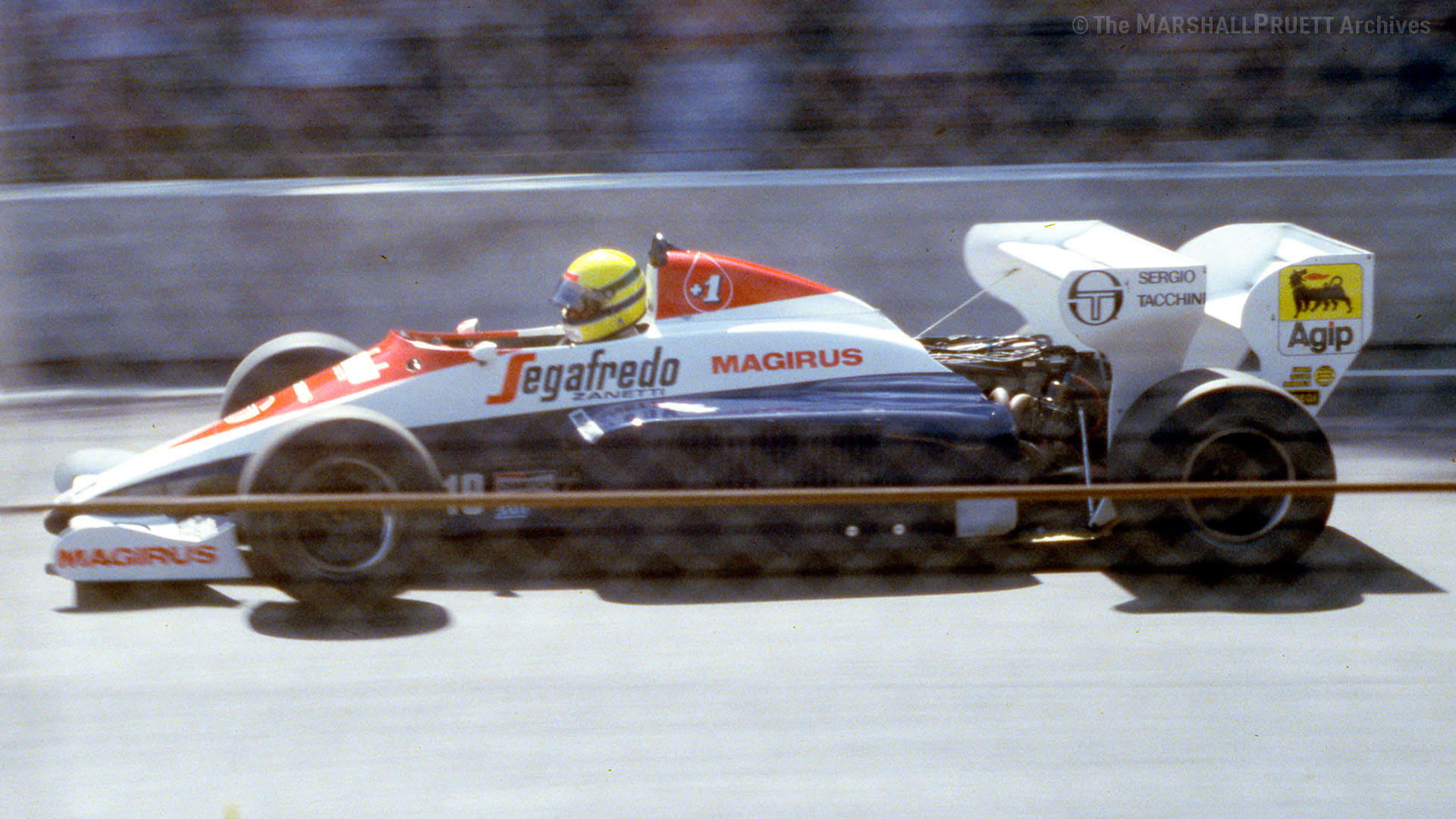 The brutal, scorching heat, combined with F1 cars propelled by engines approaching the mythical 1000hp mark being hurled around a 2.4-mile street course set in a park, was a recipe for misery. Baked and crumbling corners, unable to withstand the fearsome power being put to the ground by sticky tires, and genuine heat exhaustion, marred the two-hour, 67-lap event.

Won by Finland’s Keke Rosberg in the unwieldy Honda-powered Williams FW09 chassis, the Japanese powerplant found its perfect match in Dallas. It’s everything-or-nothing power delivery helped Rosberg to deliver a sublime point-and-shoot performance while many of his rivals wilted under the sun or crashed when gobs of turbo boost arrived on shaky surfaces.

Held in front of singers, soap opera actors, and even former president Jimmy Carter, the one and only Dallas GP lives on as a cautionary tale of when a good idea is felled by impossible circumstances. Enjoy the newly-scanned images from the Marshall Pruett Archives, shown for the first time below.